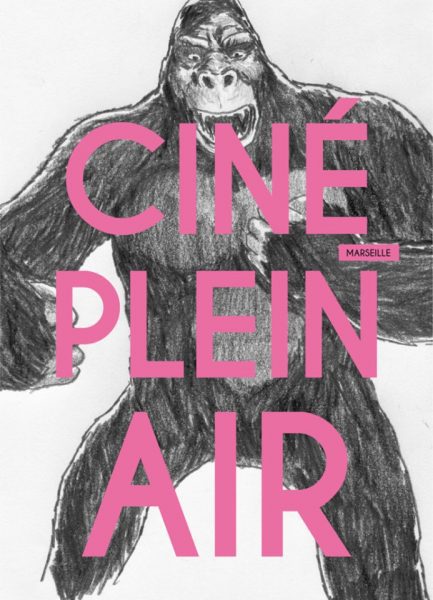 Experience the open-air cinema in Marseille too, the month of July announces the summer holidays and its procession of open-air events. Concerts, festivals, but also, as you know, cinema.

For more than twenty years, exactly twenty-three years, Cinémas du Sud & Tilt (https://seances-speciales.fr) has been offering a varied and free programme in different places in the Phocaean city. This year, the films will be screened from July 10 to September 27. Three months to discover a selection, this year again varied, in themes and styles. From blockbuster to auteur films, from classic and cult to more confidential films and, of course, family films. And a special evening, on Saturday, August 17, dedicated to short and medium-length films.

“Be nice, rewind” at the opening

This season will start with Michel Gondry’s “Be nice, rewind”. A hilarious comedy in which the main character of the film is struggling with his brain that has become… magnetic. Now, because of that damn brain, he erased all the videotapes from the video store where his friend works. Only one solution to replace the missing films: find them themselves. This leads to tasty remakes of cult films such as ”
Ghostbusters “, “The “Lion King” and “Robocop”. This crazy comedy is a tribute and a dive into the seventh art. And the best way to launch this edition of Open-air cinema in Marseille is to meet at 9:45 pm at the Cité des arts de la rue.

Discover Marseille in a different way

The Open-air cinema programme in Marseille will then run at the rate of ten films per month in July and August and five in September, in some fifteen venues, such as the Musée des Arts décoratifs, Château Borély in the 8th arrondissement, the Musée d’histoire de Marseille or Le Frioul or le Mucem.

A golden opportunity to enjoy an original Marseille outing with family or friends, to share a picnic and a film, in a friendly atmosphere. However, remember to take your cushions to enjoy the sessions comfortably installed. And in case of bad weather, go to the Facebook page @cinepleinairmarseille for backup solutions, cancellations or possible postponements. This summer, in Marseille, treat yourself to a canvas under the stars!

Find all the programming on the Cinémas du sud & Tilt website: https://seances-speciales.fr/nos-actions/cine-plein-air-marseille