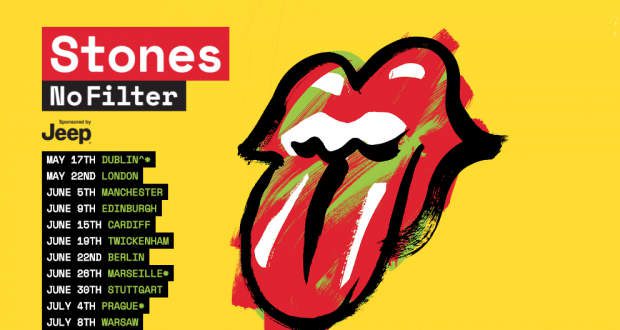 The Rolling Stones are back at the Vélodrome stadium of Marseille

Marseille was waiting for the return of the Rolling Stones for 15 years. The patience of the Marseille fans is finally rewarded: the legends of rock will play sold out on June 26, 2018.

A single date in France to obtain “Satisfaction” during this tour “No Filter” 2018. Mick Jagger, Keith Richards, Charlie Watts and Ronnie Wood had received an instrument in the Velodrome since 2003, and their tour Licks World Tour.

The places, put on sale May 16, were torn off at the speed of light. Marseille fans, of course, but also fans from all over France, Belgium, Switzerland and Italy, are waiting for this date with fervor at the velodrome of Marseille.

The hotels in Marseille are also preparing to welcome fans of Stones for the fourth time, after their concerts in 2003, 1990 and … 1966. For if all do not have the chance to win the Grail, namely their ticket to the concert, many of them are still decided to come for a ride in Marseille. Several special evenings are announced to allow the large number to live the magic of Stones, even without being able to attend the show.

The Velodrome de Marseille among the major stadiums in Europe

The Rolling Stones resumed their big tour of the stadiums of all Europe, in autumn 2017. In the repertoire are foreseen the inevitable classics of the group, but also some surprises and new songs. Will this tour be the last of these sacred monsters, but nevertheless grandpa, rock? If the agreement in the group is still good, the age does not allow them to play as often as before and it was necessary to hope the dates to be able to assure. So from there to plan a new tour in the years to come … Do not assume !

And even if you are rather Beatles and you do not expect to enjoy your visit to Marseille to go see the stones, still think about booking your hotel room as soon as possible: bookings between the 25th and 30th of June are selling fast. It would be a shame to have to cancel your Mediterranean stay!