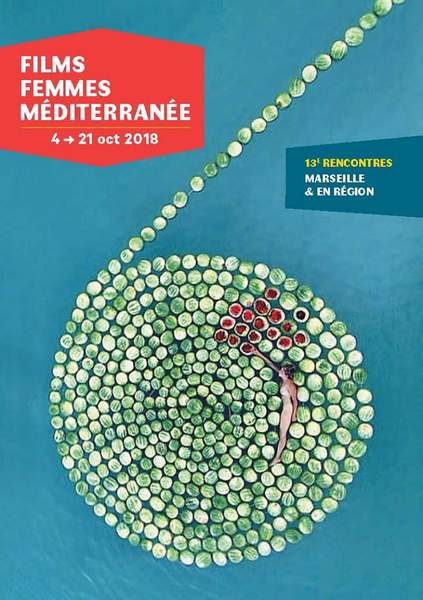 Make yourself a canvas with the Women Mediteranean  Film meetings

It seems that 2018 is the year of women ! Since the explosion of the #MeToo phenomenon on social networks, women are present everywhere and put in the spotlight as soon as we can. Except in Marseille. In Marseille, we did not wait until 2018 to give them their rightful place. Since 2006, the Women Mediteranean  Film meetings has been a showcase for talented Mediterranean filmmakers.

And the 13th edition of this festival, which will take place from 4 to 21 October, dares the question that everyone asks: “But what do they want? As Coline Serreau already asked in her 1977 film of the same name. With the highlight of the week-end in the presence of the talented director of the cult “Three Men and a Bassinet” – just adapted for the first time to the theater. with Alex Vizorek, Bruno Sanchez and Ben, ed.

Mediterranean women on all shades

Since their creation, the Mediterranean women fimls meetings have been honoring women directors from both shores of the Mediterranean and allowing as many people as possible to discover their works. This rendezvous is absolutely unique in Europe because of its two facets: South cinema and women’s cinema. A cinema that wants to be demanding and often disturbing, brilliantly mixing comedy, drama and intimacy.

Marseille meetings throughout the meetings

A weekend in Marseille is not enough to fully enjoy the meetings. Because if more than forty films will be screened, conferences, exhibitions and animations are also announced. Here is an overview of the appointments scheduled throughout this edition:

On October 4th, opening of the photographic exhibition of the IWPA (International Women Photographers Award), at the gallery of the Agnès b. The exhibition will be visible until the end of the meetings.

A 2018 vintage that looks promising!

Book your hotel in Marseille near the old port

45 films (including 3 previews, 2 French premieres and 10 unreleased films)
25 guests around Coline Serreau
24 countries represented, from Algeria to Turkey, via Cyprus or Romania
8 screening locations in Marseille, including Mucem
5 steps in the region, in Port-de-Bouc, Cucuron, Toulon, Hyères and La Ciotat

The full program is available on the Rencontres website : https://www.films-femmes-med.org