Is Monaco Worth Visiting ? 20 things to do 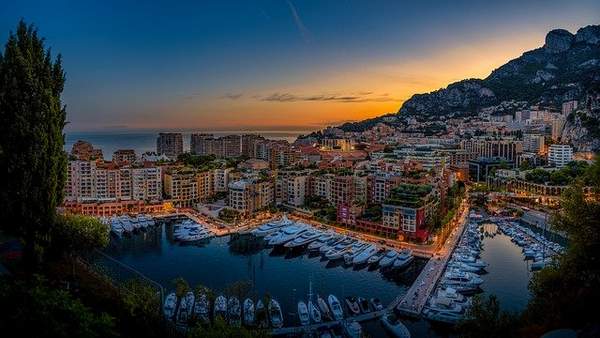 Is Monaco worth visiting ? 20 things to do in the principality

Is Monaco Worth Visiting ? The Principality of Monaco is one of the most beautiful and richest cities on the French Riviera. Welcoming people from all over the world, it nevertheless maintains a strong Monegasque identity. A city of History to discover without further delay!

The Port of Hercules

The Port of Hercules is the main port of the city. Located in the Condamine district, it was built in a natural bay at the foot of the Monaco Rock. It welcomes both liners and magnificent yachts in the marina.

Is the Monaco’s Japanese Garden worth visiting ?

If you’re looking for a change of scenery, take a trip to the Japanese garden designed by landscape architect Yasuo Beppu. Inaugurated in 1994, this haven of peace extends over 7,000 square meters of vegetation and buildings entirely made in Japan. You will also find a traditional Tea House.

The Casino of Monte-Carlo

It is in the heart of the district of Monte-Carlo, known for its numerous hotels-restaurants and luxurious boutiques, that the famous casino has been installed. Even if you don’t intend to gamble, it’s worth the trip! The building is a small replica of the Paris Opera House and the terrace offers a panoramic view of the fantastic Mediterranean Sea.

The cathedral dedicated to Our Lady Immaculate Conception is built of white stones from La Turbie and is a perfect example of the Roman-Byzantine style. It also houses the tombs of the deceased Princes and Princess Grace of Monaco.

The Grand Prix of Monaco

The Monaco Grand Prix is one of the most prestigious and ancient motor races on urban circuits. Organizing such a race on the cramped terrain of the Principality is a real challenge! If you are in Monaco at the end of May, take the trouble to attend!

This open-air theater was rebuilt in 1953 after its destruction during World War II. It maintains a military architecture and gave its name to the annual and summer street arts festival “Le Fort Antoine dans la Ville”.

At the top of a 60 meter high rock, the Prince’s Palace of Monaco dominates the Mediterranean. Built in the 13th century on an ancient medieval fortress, the building is the official residence of the princes of the Principality. The splendor of the decor and the history that accompanies it is worth stopping here.

The Palace Square is flooded with light. It is dominated by the façade of the Grimaldi Castle and houses the bronze statue of the man who took over the fortress of Monaco François Grimaldi. Every day at 11:55 am the changing of the guard can be observed.

Dedicated to underwater research since the beginning of the 20th century, the Oceanographic Museum of Monaco has long been directed by the famous Commander Cousteau. The building includes 90 aquariums and many species of fish, corals and also a shark lagoon. A discovery that is worth living.

The Prince’s collection of vintage cars is on display on the Terrasses de Fontvieille. It brings together nearly a hundred pieces all from the largest companies in Europe and America but also coaches. If you like beautiful cars, you can’t miss this appointment!

The Fontvieille Landscaped Park and the Princess Grace Rose Garden

On nearly 4 hectares, the charming landscaped park of Fontvieille is organized around a small lake, its palm and olive grove. The Roseraie is a tribute to Princess Grace commissioned by her husband Rainier III. Today, it hosts no less than 8,000 roses and 300 different varieties.

The Path of Sculptures

Sculpture occupies the entire city of Monaco. A pedestrian walkway has been organized in the Fontvieille neighborhood which hosts the majority of them. This unique collection of works by internationally renowned artists can only arouse surprise and admiration.

The Palace of Justice

Made of sea tuff and grey stone similar to that of Monaco’s ramparts, the city’s Palace of Justice is a beautiful building that must be seen for its facade inspired by Italian Gothic palaces and its beautiful entrance staircase.

The Exotic Garden of Monaco is undoubtedly one of the most prestigious on the French Riviera. Its series of terraces brings together an impressive number of plant varieties and various origins: United States, Mexico, South Africa, the Arabian Peninsula, etc… A delight for the eyes and the nose!

At the bottom of the cliff of the Exotic Garden, the Observatory’s cave was a place of refuge in prehistoric times. Today, it can be visited for its stalagmites and stalactites. The visit is guided by specialists to discover this first habitation of the city.

The Jardins Saint-Martin are the first public gardens in the city. Hanging from the rock face, they promise unforgettable walks in the generous local flora. In addition to the breathtaking view of the Mediterranean, you will meet bronze statues including that of Prince Albert I.

Is the old Monaco worth visiting ?

As an extension of the Palace Square, the Old Monaco district is one of the city’s must-see areas. Stores, restaurants and typical cafés, ice cream parlours but also cobblestone streets and small shady alleys make this corner of Monaco a place where it is good to stroll.

The Museum of the Old Monaco

The Museum of Old Monaco is ideal if you wish to discover the Monegasque folklore and heritage: ancient everyday objects, ceramics, paintings, costumes, etc… It is good to know that this museum is open free of charge on Wednesdays and Fridays from 11 am to 4 pm from June to September.

The Monaco train station is connected to the French railway network. Very modern, it allows you to travel via the TER to other destinations on the French Riviera and the Italian border, but above all, it offers an extraordinary view of the sea.

This votive Chapel dates from the 11th century and is entirely dedicated to the Patron Saint of the Principality and the Principle family. Every year on January 26th, you could attend a special ceremony since a boat is burned on the church square.

← Is it safe to travel to Marseille?